Countdown to release day, May 21st 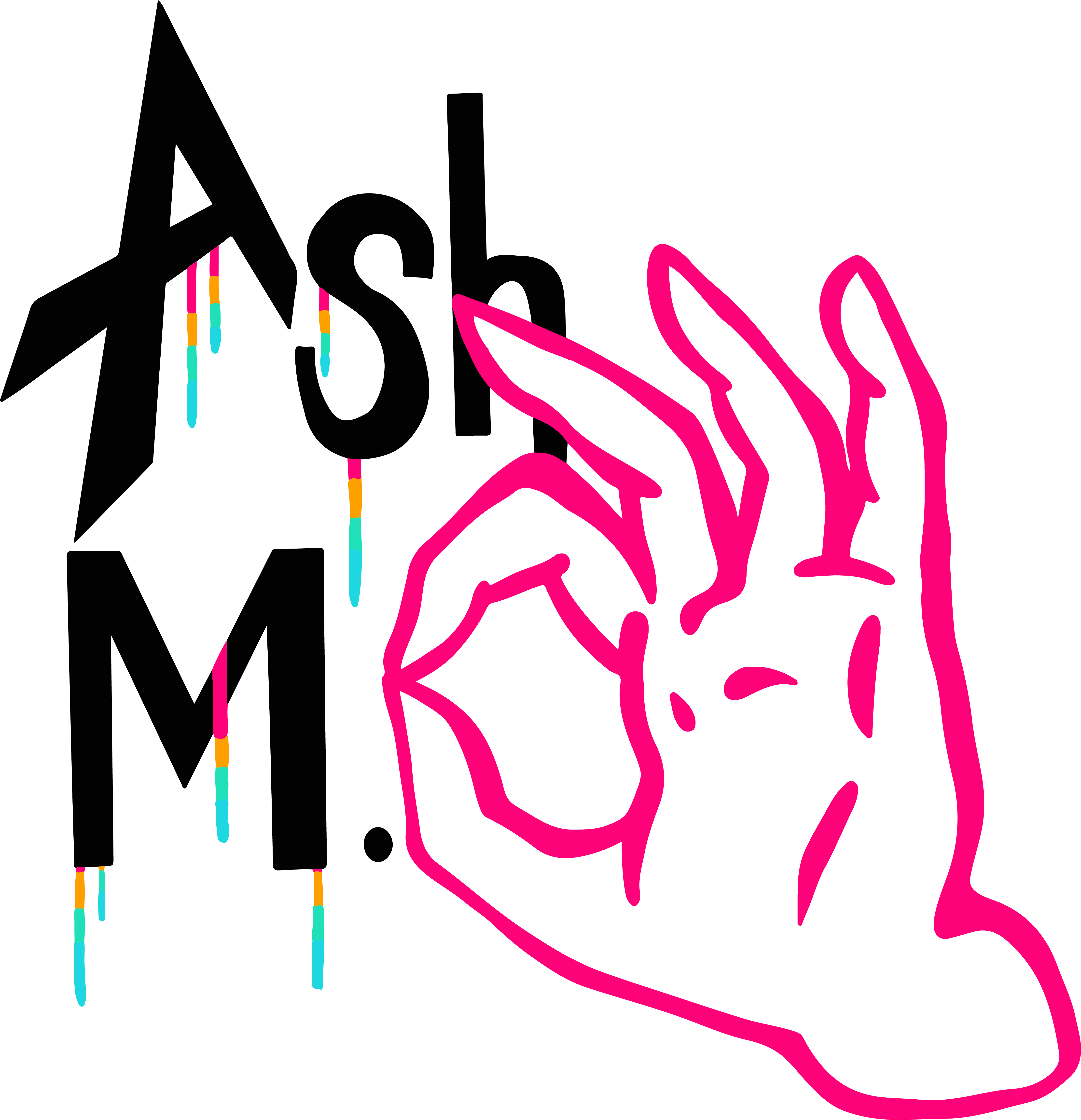 Thank you for your interest in the Fatherfucking Hollywood singlerelease, May 21st. On this page you will find all the promotional material and relevant information about Ash M.O. and his debut single. Should you require anything further, or are interested in an interview with Ash M.O. please contact Team M.O.!
Contact

What can you do, if you’ve always loved Hip Hop, but Hip Hop has always seemed to hate you? If you’re Ash M.O. the answer is: set out on a mission to MAKE HIP HOP GAY AGAIN!

Equipped with a humorous attitude and savage punchlines, the self-proclaimed Mayor of the Gayborhood goes on the offensive and questions what it means to be a rapper in the new new Twenties.

His first executive order will be declared on May 21st in the form of his debut single Fatherfucking Hollywood, a provocative ode to Hollywood movies and lovemaking (although his wording is admittedly a lot more direct). It is probably no coincidence that the release date of the single happens to be Father’s Day in Germany, where Ash currently resides. Accompanied by a cheeky lyric video and studded with rather naughty wordplay on blockbusters like Star Wars, Terminator, Psycho, and many others, he delivers three and a half minutes of freakyness. Ash describes his song with its booming bass, urban drums and catchy hook as “high quality trashy goodness. Think eighteen ratchets [sic] twerking through the city, not giving a damn, having the dopest time.” This may explain why his username on all social media is TrashmasterAsh, evidently a nod to one of the pioneers of hip hop: Grandmaster Flash.

“I’m not only ethnically, but also culturally bi”

Ash grew up in a small town close to Frankfurt, where his biological father was stationed. When asked whether he identifies more with his German or his American side, he laughs, replying: “Don’t Sophie’s Choice me. I’m African-GERmerican. I had a lot of fun growing up as a Caramel-Kraut. At the same time I was always drawn to anything that had to do with the United States. I lived near Sacramento for a hot minute, and for most of my life I almost exclusively watched American shows and listened to American music. To this day, I know more about American politics than German politics and I plan to move back to the states someday. Still, I’ve learned to embrace that I’m not only ethnically, but also culturally bi.”

“the only gay in the village”

Ash comes across as very cheeky and confident, which will surely come in handy given that he is the first (and currently only) openly gay male-rapper in Germany.

“I was a bit surprised when I found out that apparently I’m the first male MC that is open about liking the menses [sic] over here. Internationally, there is a vivid scene of amazing queer artists of all genders, bossing up the rap game like Brooke Candy, Chika, K. Flay, Quay Dash, Young M.A, Lil Nas X, Mykki Blanco, Le1f, Cakes Da Killa, and many more. Women are dominating the field. But in Black-Red-Gold Country the closest thing we had on the male side is a dude who pretended to be gay for a while as a publicity stunt. Guess over here I’m the only gay in the village for now.”

With his unapologetic, nonconforming attitude and his signature colorful approach, Ash M.O. will surely be a unicum in the German rap scene – a scene that has experienced an exponential rise in popularity in recent years. Unfortunately, some of its protagonists have brought with them a slew of extremely discriminatory, violent, and misogynist lyrics and attitudes.

Is he worried at all about any antipathy and hatred he is likely to receive from some of his peers and their fans? “Hell no! They can kiss my delicious queer booteh [sic]. Quite literally, if they’re cute. It’s just a minority anyways. I ain’t got time to worry about people who are stuck in the yesteryears. I got a Gayborhood to build and queerness to spread. When it comes to music and rap skills, I got them beat anyways.” he pauses before adding: “I also run very fast.”

When asked what drove him to hip hop, he replies: “I just love it, man. Always have. You don’t even know. The music, the culture. Despite all its flaws, to me it is one of the most powerful and beautiful stories of being served lemons and making Vodka infused Lemonade. There are so many parallels to queer culture in that sense as well. Not that you could even completely separate the two to begin with. Look at ballroom or throwing shade as some of the more obvious and awesomely flamboyant examples. Queer people may not have always been visible in hip hop, but we’ve always been a part of its culture and it has always been a part of queer culture. I’m not gonna lie, when I was younger there was a period of time when I stopped listening to rap. I was really tired of all the negative stuff and it felt like hip hop just hated people like me. I made the mistake of letting the negativity overshadow the abundance of amazing artists who keep highlighting and shaping everything I love about hip hop. I feel it’s important to be honest and address the crappy aspects of any culture, and I won’t apologize for doing it. But it’s also important to be honest about the fact that hip hop is often times reduced to its negative aspects and is unfairly stereotyped in ways that other cultures aren’t. There’s more than just gangster rap, you know?!”

“Screw Jay-Z. I wanna be the male Beyonce of rap”

He doesn’t plan on limiting his unapologetic campaign to countries on the European continent either. With a healthy dose of rapper-hubris, he plans on taking his show all over the world. He smirks. “Why not? I got a lot to offer. I’m not afraid to wave my queer flag and I do so quite a lot, but there is more to Ash M.O. than just that. I got a lot of really dope songs coming up, I bring something fresh and I’m a hell of a performer, trust me, my shows are fuego as hell. Once this Corona-Virus is nipped in the bud, I’m gonna pack up my band and play shows from South- to North-America, Europe, Asia, Oceania and the Antarctic. Screw Jay-Z, I wanna be the male Beyonce of rap. Only less humble!”
Ash M.O.’s debut single, Fatherfucking Hollywood and its lyric video, are out on May 21st, 2020. For more information about Ash M.O. visit www.trashmasterash.com or social media under his handle trashmasterash 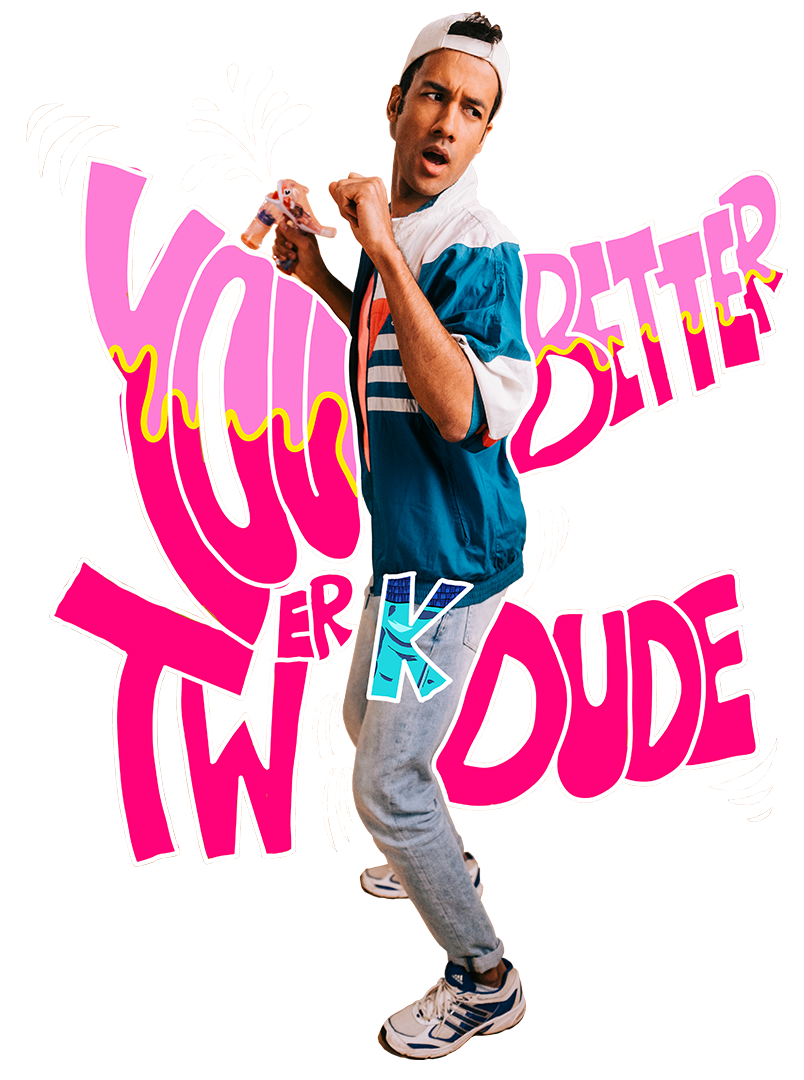 
Download files below or use the “F.F.H.-Presskit” Google Drive: 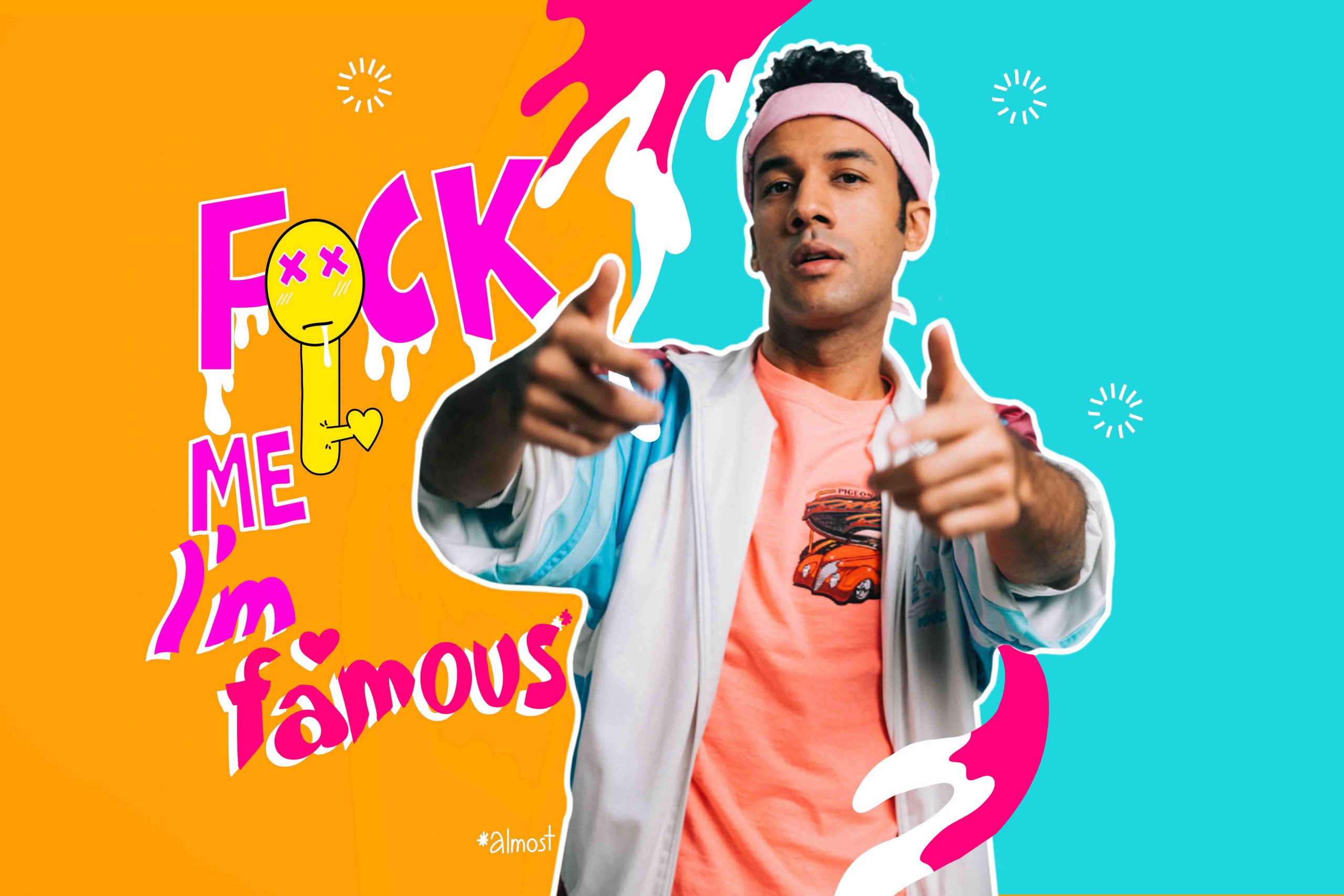 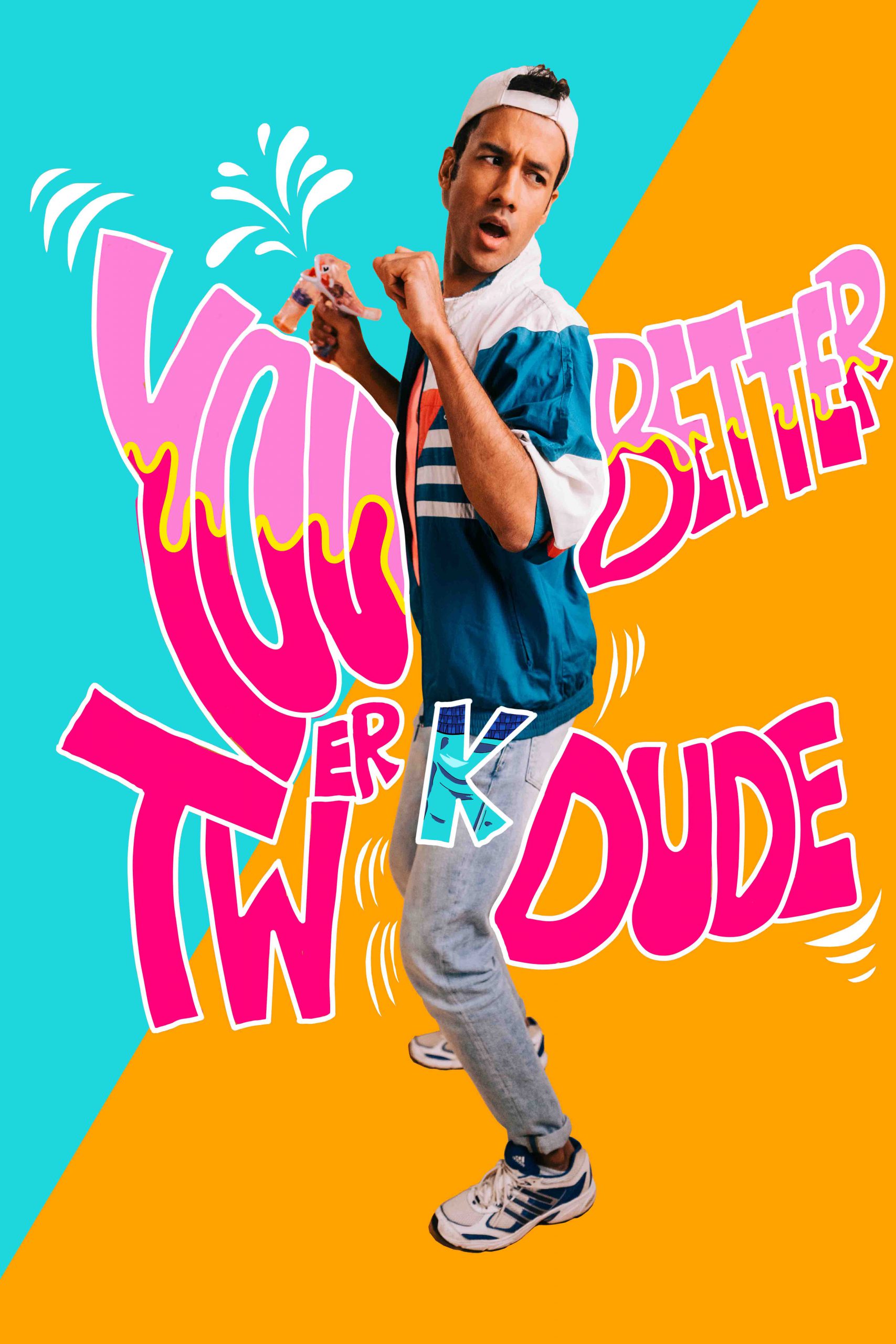 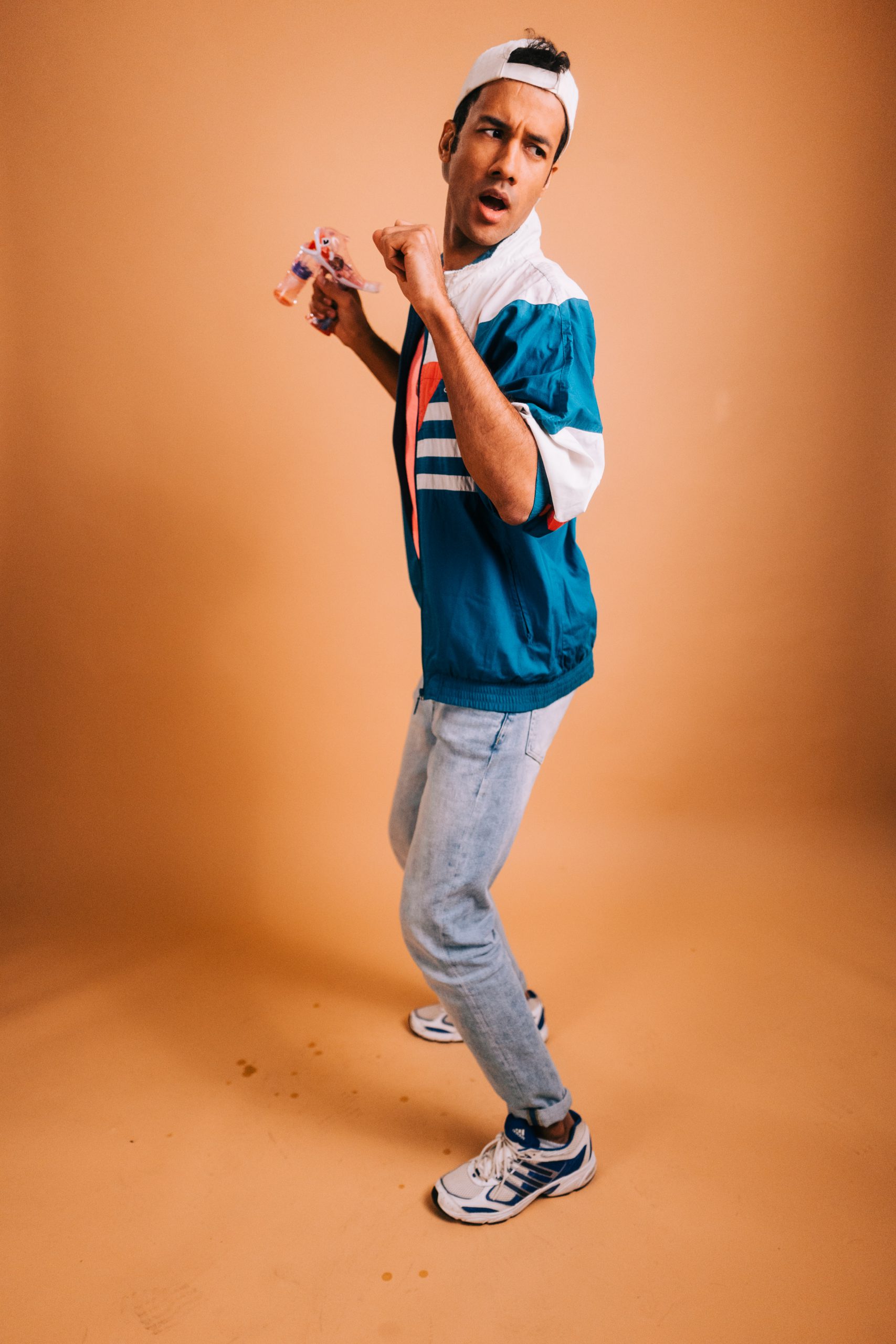 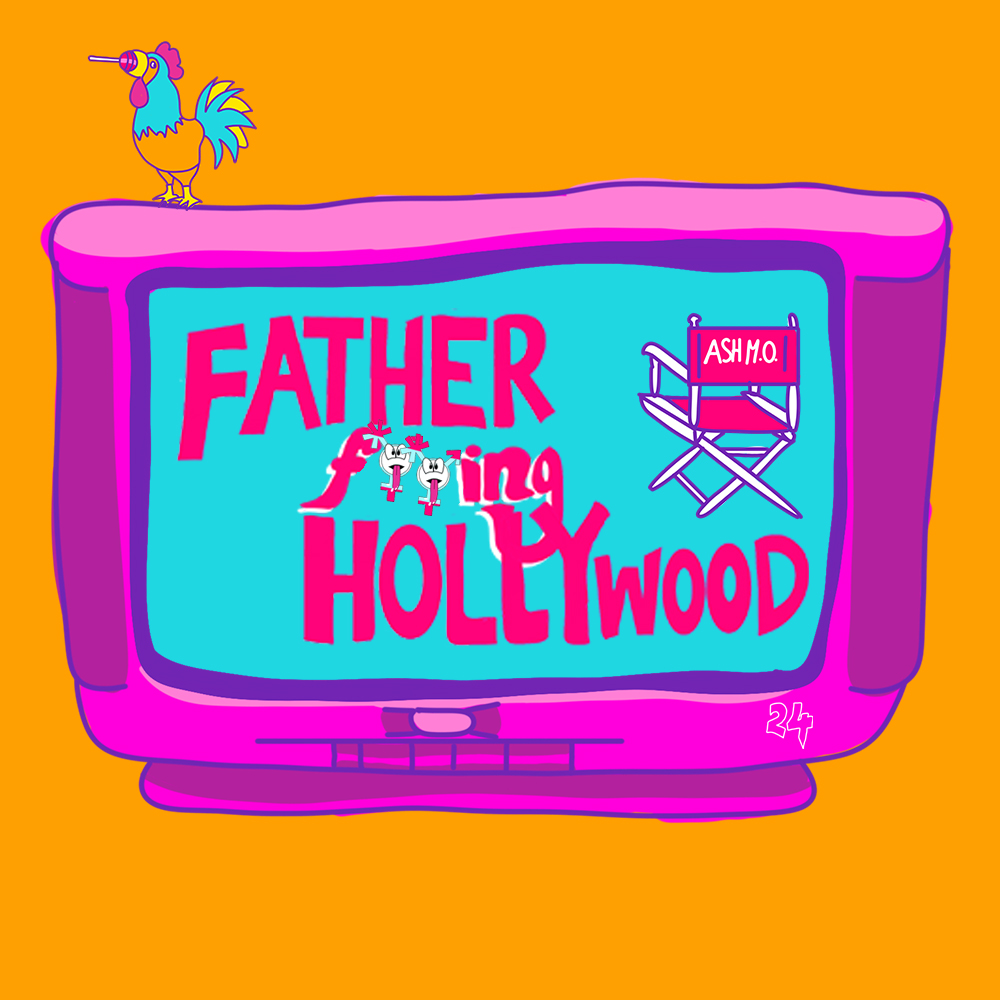 You want to stay informed what Ash M.O. is up to? 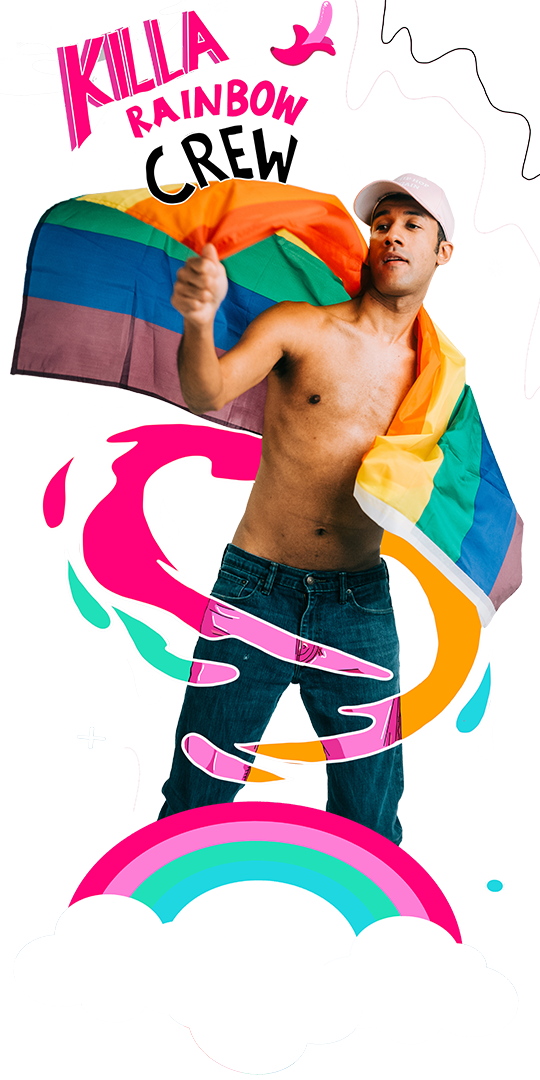 This website uses cookies to improve your experience while you navigate through the website. Out of these cookies, the cookies that are categorized as necessary are stored on your browser as they are essential for the working of basic functionalities of the website. We also use third-party cookies that help us analyze and understand how you use this website. These cookies will be stored in your browser only with your consent. You also have the option to opt-out of these cookies. But opting out of some of these cookies may have an effect on your browsing experience.
Necessary Always Enabled
Necessary cookies are absolutely essential for the website to function properly. This category only includes cookies that ensures basic functionalities and security features of the website. These cookies do not store any personal information.
Non-necessary
Any cookies that may not be particularly necessary for the website to function and is used specifically to collect user personal data via analytics, ads, other embedded contents are termed as non-necessary cookies. It is mandatory to procure user consent prior to running these cookies on your website. Read More
SAVE & ACCEPT